How to Approach Videography

Being in front of the camera can be a daunting task, however with the right preparation and support, the process will be seamless and even enjoyable! To make the experience as pleasant as possible, we have put together this step by step guide on what to expect when filming an interview style video. There are two main elements that form an interview style video. These elements are known as PTC and B-Roll.

PTC stands for ‘person to camera’ and refers to the section of the video where the speaker delivers their message, looking either directly into or just beside the camera lens. While filming, this section is generally broken down into manageable bite size pieces that are then edited seamlessly together. This ensures a consistent message is delivered, without having to present the content all in one take.

It can be difficult to relax when you have a camera placed in front of you which is why we aim to keep the filming experience as comfortable as possible. A great way to achieve a confident, clear message is to structure the delivery less like a speech and more like a genuine conversation. Rather than capturing the message all in one take, we encourage a question and answer type format. 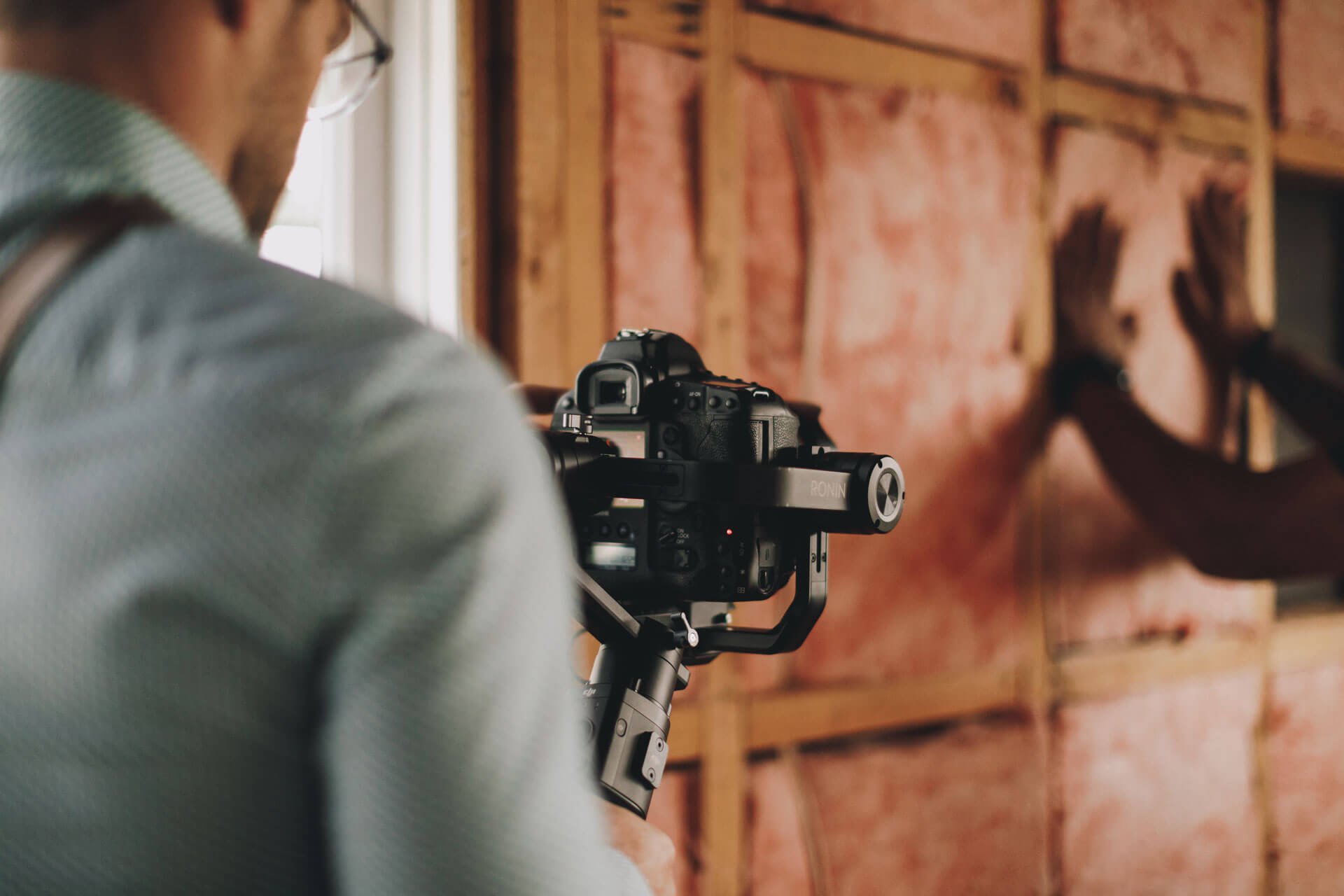 This involves an individual standing just beside the camera out of shot asking the speaker open ended questions about the topic or message. Once we know the content of the message, we can form questions that, when answered by the speaker, deliver the necessary content. Below is an example.

Brief: Company X would like a video promoting their involvement in Relay for Life, an annual event that generates funds for the Cancer Society. They would like to explain who they are, why they participate and encourage other businesses to get involved.

Individual: “Could you tell us a bit about why you’re involved in Relay for life and how you initially became a sponsor?”

Speaker: “Relay for life is an event that is really close to our hearts. Initially we became a sponsor…”

Because the initial question won’t be present in the final video, it is important to integrate the question into the opening sentence of the answer to ensure the video flows seamlessly.

To help create context and make the video more visually interesting, we incorporate what we call B-Roll footage. This footage is generally made up of actions or scenery and relates to the message the speaker is delivering. These secondary images are often presented without sound, as the sound from the PTC footage generally continues while these other images are shown. Often it can be useful to film the B-Roll footage after the PTC. This is because content ideas for the B-Roll footage can be generated from the message delivery.

Once filming is completed, the B-Roll footage is combined with the PTC footage to form an interesting, informative video that keeps viewers entertained for the duration.

Target Audience and Tone of Voice